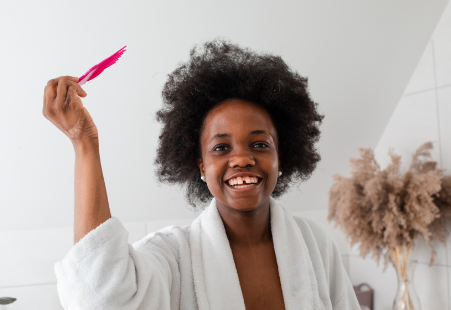 A gap between the teeth – diastema – can be an aesthetic concern. While in some parts of the world, it’s considered a sign of fertility and beauty, not all people feel comfortable with it. That’s why many people seek different treatments for it.

The treatment for diastema depends on its cause. Diastema causes can be prevented in some cases, but not all. Having a gap under the age of 10 is common for children, but if it persists after the permanent teeth erupt, you may need professional dental treatment to get it fixed.

A diastema is defined as the space or gap between two teeth. This space can exist in the front and/or back of the teeth in the upper and lower jaws. This gap becomes noticeable when the distance between the teeth is more than 0.019 inches.

Since the front teeth are most visible, a diastema can be commonly seen there. In children, this gap can close on its own with age, but adults usually need treatments. Some researchers have shown that diastema is more common in Africans than in Americans, Mexicans, or Mongolians.

Depending on the location of the space in the mouth, a diastema has different types:

While sometimes diastema develops due to bad habits, sometimes, it’s hereditary and inevitable. You may have it because of the following reasons:

There can be spaces between your teeth if you have malocclusion or if your teeth erupted abnormally or crookedly. Since the pressure won’t be evenly distributed, some of them will end up getting less of it. This can cause them to move apart.

It can also develop if the size of your teeth is not normal. Peg lateral is a condition in which the teeth on the sides of the central incisors are too small, which leaves gaps there.

Mesiodens is another condition of “abnormal teeth.” In this, there is an extra tooth that is present behind the front teeth. Because of pressure from this, diastema can occur. One study in the Journal of the Korean Academy of Pediatric Dentistry found that it is possible for diastema to correct itself through the extraction of the extra tooth.

The labial frenum is that fleshy tissue that connects the inside of the upper lip to the gums. When this labial frenulum is overgrown, it comes in between the teeth, creating a gap. By that token, if there is any obstruction between the teeth, a gap can form. According to WebMD, diastema can develop if you have a cyst inside the mouth.

Gum disease is another reason why you can end up with diastema. One of the symptoms of gum disease is loose teeth. The reason why that happens is the bone supporting the teeth starts to dissolve. However, another consequence of it is the shifting of the teeth, which causes this problem.

In one study published in the Journal of Clinical and Experimental Dentistry, it was found that diastema was more common in females than males. And the two main reasons behind that were: thumb-sucking and “missing lateral incisors.” When the thumb is inside the mouth, it pushes on the front teeth from behind. Not only does it cause them to jut out, but also it results in the development of space between them.

It is a habit of thrusting the tongue too far forward in the mouth. However, again the pressure of the tongue usually causes the upper central incisors to move apart. It can start in infancy and continue into adulthood. Other than causing diastema, people with this reflex can also end up with a malocclusion, known as an open bite.

What Are the Symptoms of Diastema?

On its own, diastema does not have any symptoms. However, it can be a symptom of another oral health problem. For instance, it can happen due to gum disease. In that case, you may also experience other symptoms like:

One of the problems that you’ll commonly experience in this scenario is that the food can get stuck between the teeth quite often and easily. It can be somewhat harder to detect if the space is in the back teeth.

What Is the Treatment for Diastema Teeth?

Depending on the reason why you have the gap between your teeth in the first place, your dentist may recommend one or more of the following treatments:

Metal brackets are bonded to the teeth, and a wire is passed through them. Together, this system helps change the bite of a person. Pressure is exerted over a period of time which aligns the teeth in a normal position. Therefore, braces are an effective way of closing the diastema gap.

Aligners, on the other hand, do not use wires and brackets, but they also exert pressure on the teeth and adjust them into the position you want. Because clear aligners are not as visible or prominent, some people prefer them over braces for cosmetic reasons. However, they may only be able to fix minor gaps.

Using composite resin, your dentist can fill up the diastema gap. Composite bonding doesn’t stand out from the surrounding teeth as it is shaped into the appearance of a tooth by the dentist. Afterwards, it is hardened using a special light. The results of this treatment are immediate. It can effectively cover up minor gaps.

Thin, tooth-coloured shells are called veneers. They only cover the front surface of the teeth, and your dentist will custom-prepare them after taking an impression. These do require some tooth prep. Otherwise, the veneer would end up adding to the thickness of the existing tooth, which can look quite unnatural. The new veneers will essentially be larger in size than the existing teeth so that they can cover up the gap. Veneers are more durable than composite bonding materials.

Dental crowns can better solve your problem, if diastema is the result of missing teeth. These dental caps cover the entire surface of the tooth. In order to anchor the crown, you’ll need dental implants. If it’s 2-3 teeth that are missing, your dentist might recommend getting a bridge instead of a single crown.

If you’re missing a large number of teeth and the diastema is resulting from that, you can consider getting removable false teeth in the form of dentures. Depending on the location of the gaps and how many there are, you may need full or partial dentures.

As mentioned before, one of the causes of diastema is an overgrown frenulum. For that, an oral surgery known as frenectomy is performed. In this, the tissue is removed so that it does not cause diastema anymore. Your surgery may take place after your gap has been closed following another orthodontic treatment.

This treatment may be needed if the gaps are forming between your teeth because of gum disease. Whether or not just scale and polish will do depends on the severity of the problem. According to the American Dental Association, if the gum pockets are too deep, you may need both scaling and root planing. This is necessary to prevent further bone loss. Left untreated, you may end up needing bone grafting or sinus lifting surgeries.

Is It Necessary to Fix A Diastema?

Diastema may be the symptom of a more serious oral health problem. If that’s the case, it becomes necessary to treat the problem. However, for many people, it’s simply a cosmetic problem. They would want to close the gap to feel more comfortable when smiling.

Keep in mind that, in children, it may not always be necessary to fix this problem. They commonly tend to have a diastema, but it resolves with age. It’s important that you get your mouth examined by a doctor to get the most suitable treatment plan.

How To Prevent A Diastema?

It’s not always possible to prevent a diastema, but in some cases, you can do that. For that, you need to do the following:

These can help prevent the problem from developing in the future.

Although there are some people who find the gap between the teeth attractive, this is not always the case. Diastema is not always considered desirable, and many people want to get rid of it. However, before that, it’s important to have an understanding of the reason why it has developed. You should get yourself checked by a dentist so that they can recommend you the most suitable treatment plan.