Oil Pulling Teeth: Is It Truly A Miracle Cure? 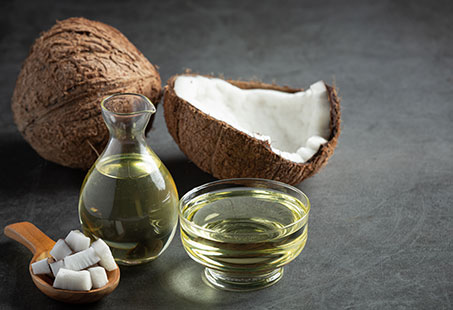 When a practice has been around for a very long time, it becomes proof enough of its validity. Oil pulling teeth is one such thing. It’s easy, cheap, and accessible, which is why many people consider giving it a shot.

This is especially so after people hear about all the supposed benefits of this practice. It certainly doesn’t have many adverse health effects. However, the problem with oil pulling is that it’s presented as a miracle cure. And there are many reasons to doubt that.

Gwenyth Paltrow, who has been criticized for her pseudoscientific claims, told Harper Bazaar that she does oil pulling every morning using raw coconut oil. According to her,  it’s “an ancient technique” and “supposed to clear up your skin, as well.” Let’s find out if the outlandish claims made about the oil pull are true.

What Is Oil Pulling for Teeth?

Originating from Ayurvedic medicine, the practice of oil pulling washes the tissues with oils, which are then meant to “pull out” all the toxins from the mouth. However, it has been argued that the oral mucosa is not a permeable tissue like that of the gut.

In some places, it’s permeable, while in others, it barely is. Overall, it is semipermeable, so toxins can’t get “pulled out.” Still, it is claimed to treat as many as 30 systemic diseases of the body. There are two different methods of it, both intended to dissolve the oil-soluble substances in the mouth:

The practices are meant to keep the mouth healthy.

How To Do Oil Pulling for Teeth?

Oil pulling teeth is done in the following way:

Which Oil is Best For Pulling Teeth?

The following oils are used for oil pulling teeth:

When it comes to oil-pulling therapy, coconut oil is the one that’s most commonly used. That’s because, on its own, coconut oil has many benefits. It’s anti-inflammatory and antimicrobial.

According to a study published in the Asia-Pacific Journal of Public Health, coconut oil was antimicrobial against  Streptococcus mutans (mainly responsible for tooth decay) and Candida albicans (responsible for oral thrush). The lauric acid in coconut oil also kills viruses and fungi, which makes it most popular for use in oil pulling teeth.

One problem with it is that it may turn into a hard, white semi-solid form in colder temperatures (below 23.9 Celsius). However, mixing it with other oils can help keep it in its liquid form. In the study mentioned above, sesame and sunflower oil exhibited antifungal and antimicrobial properties. So, you can consider mixing these with coconut oil.

Containing antioxidants, sunflower oil may also be considered beneficial for oral health and can be used instead of coconut oil. However, you might not like its taste, especially if you aren’t really familiar with it. There is some research that shows that it can help reduce plaque in the mouth.

A potential choice for oil pulling teeth is sesame oil. According to a study published in the African Journal of Microbiology Research, sesame oil decreased the number of bacteria Streptococcus mutans and Lactobacillus acidophilus in the mouth. Both of these can cause cavities. In addition, some studies show the antifungal properties of sesame oil. It may also help inhibit the growth of plaque.

In most cases, the three oils listed above are used. However, some other oils are also used, like the following:

Many people are familiar with the taste of olive oil, so it might not make them nauseous when they’re using it for oil pulling teeth. These oils may be used in combination with others, though.

Is Oil Pulling Good for Teeth?

The following may be the potential benefits of oil pulling teeth.

One study published in the Journal of International Society of Preventive and Community Dentistry had 25 female children between the ages of 8 and 12 perform coconut oil pulling. 25 children in another group used chlorhexidine (prescription mouthwash).

They did this for 30 days every day in the morning after brushing. The study found that coconut oil was just as effective as chlorhexidine in reducing the number of Streptococcus mutans bacteria in the mouth, which can cause cavities. Therefore, oil pulling may prevent tooth decay from occurring.

Research in the European Journal of Dentistry showed that the use of coconut oil (in a group of 10 people) reduced plaque formation due to gingivitis (mild gum disease).

Commonly, chlorhexidine mouthwash is used for that. It is effective against it. However, because it can stain the teeth and leave a bad taste in the mouth, some people avoid using it. As an alternative, some people end up doing oil pulling instead.

Make sure to consult your dentist if you’re also thinking about doing it. That’s because it cannot be said that oil pulling teeth is as effective against gum disease as a prescription mouthwash.

Oil pulling therapy may help maintain oral hygiene, which can, in turn, keep any concerns regarding bad breath at bay. One study in the Journal of Indian Society of Pedodontics and Preventive Dentistry found that oil pulling was as effective as chlorhexidine in getting rid of bad breath (and the microorganisms causing it).

There may be some evidence to support the claims above, but there are many other supposed benefits of oil pulling that are rather bizarre. Some claim oil pulling helps with:

The problem is that a lot of these benefits may have nothing to do with oil pulling teeth. In addition, many, many studies on oil pulling are simply flawed, so they’re not as reliable.

Is Oil Pulling Recommended by Dentists?

The American Dental Association (ADA) “does not recommend oil pulling.” In fact, according to it, there’s no “reliable” scientific evidence of it. It’s possible that it may help because of the antimicrobial properties of the oils used and the swishing action itself that can help dislodge plaque. But other than that, it cannot be said definitively that oil pulling can improve oral health in one way or another.

One review published in Heliyon showed that there was a lack of proper studies on coconut oil pulling. The evidence on its effectiveness was “limited” at most, and there is a need for further research to make any definitive conclusions. Other than that, it can be seen that either the sample size of studies on oil pulling is too small or they’re not designed properly, which makes them unreliable.

Is Oil Pulling An Alternative to Brushing?

As long as there’s no clear evidence that oil pulling teeth even works, it cannot be considered an alternative to brushing, flossing, or even your mouthwash. You need to continue your routine dental hygiene practices to maintain oral health. If you want, you can consider oil pulling in addition to them, but certainly not as an alternative.

While it’s pretty safe, some people can experience the following after oil pulling teeth:

Keep these risks in mind before you consider taking up oil pulling. Because it’s still unknown whether or not oil pulling works, it may not be worth the risk. Regardless, you should talk to your doctor about it.

Oil pulling teeth has been practised for more than a thousand years, but there is still much that isn’t known about it. It may be good for your oral health, but you should not consider it an alternative to brushing your teeth twice a day.

There are some people who swear by it, though. Since it’s cheap and not as harmful, you can try doing it yourself. But it’s always best to talk to your doctor first.