The Phossy Jaw: What It Was and Why Is it Back? 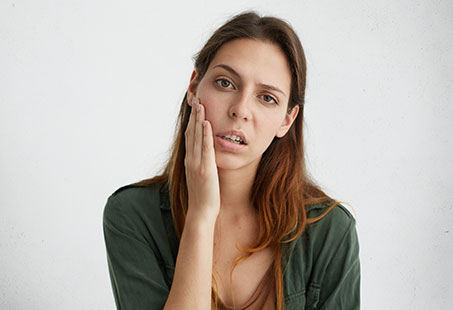 Not so long ago, many workers were afflicted with industrial diseases due to exposure to toxic chemicals. One malady was that of the phossy jaw, its victims dubbed the “matchstick women” or the “match girls.” It was an epidemic that affected people from the middle of the 1800s to the beginning of the 1900s.

However, almost a century after it disappeared, the phossy jaw has again made a resurgence. Due to the horrific consequences of the disease, many people are afraid of this prospect. However, the question remains, why has phossy jaw returned despite the ban on the chemical that caused it?

What Is The Phossy Jaw?

Phossy jaw, short for phosphorus necrosis of the jaw, was an industrial disease caused by exposure to white phosphorus. Back in the 1800s, there was no electricity; gas lamps and fireplaces gave light and warmth. However, they weren’t lit up using matchsticks because they hadn’t been invented yet. Instead, the fire was made using flint and steel. Only, these were extremely inconvenient and difficult to use.

There was a great clamour for “strike anywhere” matchsticks. Eventually, this was made possible by yellow phosphorus. Once these matchsticks hit the market, there was a great demand for them. Consequently, new matchstick factories sprung up in which workers worked 10-15 hour shifts per day. Due to poor conditions in the factories, many workers were exposed to significant fumes of yellow phosphorus (they would stand over large hot vats containing this chemical).

The phosphorus would also be ingested if it touched their fingers (which would then transmit to food). Even the water was contaminated. However, the workers weren’t aware of what this phosphorus was doing to their bodies. Then in 1858, the first case of the phossy jaw was reported. The disease had progressed slowly and developed years after exposure to those fumes.

Some of the first signs of this malady were swollen gums and toothaches. It was even easier for the fumes to penetrate through teeth that had holes or cavities in them. This allowed them easy access to the tooth roots and eventually the jawbone.

Next, an abscess would form. It could be removed surgically or a fistula bored through the skin from which a smelly discharge of the pus took place. The disease would spread to the surrounding tissue. Tooth loss occurred but even worse the jawbone started to die. That’s because it was exposed and it wasn’t getting any blood supply. And there was nothing to do but remove the jawbone (in some, it affected both upper and lower jaws). The gums of these patients would also glow green in the dark.

Now, even though a phossy jaw indicates that this disease was only limited to the jaw, that’s not true. In fact, other parts of the body were also affected as a result of exposure to yellow phosphorus. It affected the lungs, resulting in coughing and spitting of blood, among other symptoms. It would also cause seizures and meningitis. If the upper jaw was affected, the abscess would sometimes spread to the socket of the eye, which would result in permanent damage.

It was an extremely trying time for the victims as a phossy jaw would result in terrible disfiguration. Some people were only able to consume liquid diets for the rest of their lives because of it. And, unfortunately, it also took many people’s lives.

The phossy jaw epidemic could have been prevented if the responsible people had the safety of the workers put first. There was a safer alternative to yellow phosphorus and that was red phosphorus. However, it was more expensive, so it wasn’t used until long after.

Not just that but the conditions in the factory were also responsible. The workers were working long hours in poorly ventilated rooms so the fumes would stay with them. There wasn’t any health coverage either so they were on their own. That is why the phossy jaw was primarily a disease of the poor.

Bis-phossy jaw or osteonecrosis of the jaw (ONJ) is the name that’s been given to the modern-day phossy jaw. That’s because it has to do with the presence of bisphosphonate in medicines. Its symptoms are similar to those of a phossy jaw, which is why it is often called that.

It was first reported in 2003 and its patients’ jawbones were exposed through the skin, necrosing because they weren’t getting any blood. Different risk factors were identified, such as:

The last one stands out there. That’s because antiresorptive medicines work by slowing the activity of cells that dissolve bone (osteoclasts). So, it shouldn’t cause degradation of the jawbone, but, for reasons not well-understood, it does. According to the American College of Rheumatology, it may be because of a decrease in bone repair capacity, blood vessel formation, or infection. However, you should know that ONJ due to osteoporosis treatment is rare, especially in lower doses.

ONJ is more common in patients who’re undergoing cancer treatment. According to Cancer Research UK, bisphosphonates are given to cancer patients so that the risk of cancer coming back is lowered and the thinning of the bone is slowed down (for osteoporosis). But it can “occasionally” cause this side effect.

Other than that, ONJ has been reported in people after they had dental extractions or implants. This is because this compound doesn’t let the bone heal properly. Keep in mind that this doesn’t affect everyone. There are many patients who take bisphosphonates and successfully have dental work done, but it’s always better to consult a professional.

What Is The Treatment For A Bis-phossy Jaw?

These days, antibiotics, oral analgesics and mouthwashes are considered sufficient for treating patients with jawbone necrosis. There may also be a need for surgery, though by an oral and maxillofacial surgeon.

To reduce the risk of a bis-phossy jaw, your dentist will advise you to maintain good oral hygiene. Additionally, if you’re taking any medicines that contain bisphosphonate, make sure to disclose that information to your dentist beforehand.

Your dentist may ask you to stop taking that medicine for a while (do not decide that on your own). Radiographs may be needed to check how your jawbone is healing. Based on that, your dentist would let you know when you should resume your bisphosphonate-containing medication.

How To Prevent A Bis-phossy Jaw?

A study published in the Journal of Oral and Maxillofacial Surgery outlines the different prevention strategies for bisphosphonate-induced necrosis of the jaw. Some of these are as follows:

Keep in mind that there can be case-by-case variations. Your dentist may make additional recommendations to make sure that osteonecrosis of the jaw is prevented in the first place.

The phossy jaw epidemic is considered a great tragedy, and rightfully so. Even when the dangers of yellow phosphorus – used in the making of the head of the matchstick – had become known, despite protests, many countries did not ban its use. It affected not only adults but also children because they were also working in factories at that time. Eventually, once this type of phosphorus was outlawed, the malady disappeared, until it made a resurgence in the early 2000s.

Bisphosphonates in medicines induced necrosis of the jawbone similar to that which was seen in the victims of the phossy jaw. That’s why this type of osteonecrosis of the jaw was referred to as bis-phossy jaw. Fortunately, there are better ways to treat it today and medical professionals are aware of different strategies that they can employ to prevent the deterioration of the jawbone from taking place. Keep in mind that if you’re taking such medicine, make sure to have a thorough consultation session with your doctor.