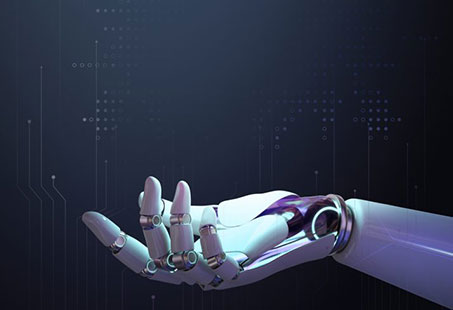 Before you start imaging a post-apocalyptic world with sentient robots ruling humans, hold your horses! Although you might not be able to help yourself if you’ve seen enough sci-fi movies and seasons or the Twitter trending “dentist robot malfunctions, becomes aware” video. Let’s just say they are a bit of a stretch, and the way they portray the takeover of all that once belonged to humans is rather scary and depressing.

Still, there is one thing that many people have been considering about the “rise of robots.” One of the biggest concerns of people in the 21st century is what robots will do with their jobs. Literally, type “will a robot take my job” into Google, and you’ll get around 218 million results! A robot dentist can ring the alarm bells for dental practitioners in the same way.

What is Digital Dentistry?

Other than that, there are digital radiography, intra- and extraoral photography cameras, and even digital patient record management tools. Only a few years ago, a robot dentist performed surgery on its own, without any help from dental practitioners. That, of course, made everyone wonder, is this going to be the future of dentistry? Are you going to meet robots in clinics with no human dentist in sight? That’s what we’re here to find out more about.

Is There A Robot Dentist in Existence?

Very much so! In China, a robot dentist performed a dental implant surgery without any help from the dental practitioners. This robot dentist was a joint venture between the Fourth Military Medical University affiliated Stomatology Hospital and Beihang University.

The robot fitted two artificial teeth into the mouth of a woman with a margin of error of 0.2-0.3mm. 3D printing manufactured these artificial teeth, taking digital dentistry to new heights. Before this, we had only heard about robots assisting in dental surgeries.

In this operation, though the dental practitioners were around, they didn’t take part in it. The whole procedure took an hour to complete. The team did a test of the movements of the robot, depth, and angles needed to fit the new teeth before the surgery.

Why Was There A Need for A Robot Dentist?

According to the South China Morning Post, around 400 million people need dental implant surgery in China. However, due to a shortage of dental professionals, only 1 million surgeries take place each year. For many, it would end up worsening their oral health, and they might end up needing even more costly and invasive dental procedures.

Some patients tried getting surgery from less qualified doctors. However, again, it can spell trouble for the patient. With the robot dentist around, it is possible to do dental implant surgery more quickly with high accuracy. Moreover, it deals with the problem of the shortage of dental professionals.

There are some that you should know about:

That’s the one that has been around for a little more time. Yomi® is the only Food and Drug Administration (FDA) cleared robot assistant that helps with dental implant surgeries. Developed by Neocis, Yomi® not only assists with preoperative planning for implant placement but also provides assistance during surgery.

Dr Alon Mozes, the CEO and co-founder of Neocis Inc., has said that the robot can help those surgeons who do not have as much experience. However, they aren’t the only ones that can benefit from it. The high accuracy of the robot allows surgeons to drill close to nerves and sinuses without making large incisions.

During the surgery, the surgeon can get a clear visual of the surgical area and receive haptic feedback from the robot. Type the necessary command into the system, and you’ll get the required response from this robot. Thus, training in robotics, when it comes to digital dentistry technologies, can help practitioners in the long run.

We are living in times of rapid technological evolution. In the field of dentistry, artificial intelligence, virtual reality, and nanotechnology have already gotten integrated. And they all help simplify things for the surgeons and the patients. Greater precision and accuracy, reduced surgical time, and quicker recovery periods make robots a welcome addition to the world of dentistry.

It’s not just dental implant surgery, root canals, and orthodontic treatments, though. SureSmile® is one technology that makes use of a robot to bend the archwire in your braces. The company also claims that these are 34% quicker than traditional braces.

How Are Robots Used In Dentistry?

Nanorobots and nanomaterials have been a part of dentistry. Robots have also assisted in disease diagnosis, and maxillofacial surgeries and are helping with temporomandibular disorders. At the end of the day, robots will do whatever they’re programmed to do.

There is no single regulatory body overseeing the development of digital dentistry, especially when it comes to the use of robots. As they say, necessity is the mother of invention. Wherever a need arises, some countries find answers in none other than robots. That’s what happened in China, where the shortage of doctors and the patient suffering forced them to look for unconventional solutions.

However, we still haven’t yet reached the stage where there is no one but robots welcoming you to the dental clinic. So far, a robot dentist’s ability to perform different dental treatments depends on the things that programmers teach them to do.

Yes, thousand times yes! That is clear enough from the reasons for the development of an autonomous robot in China. The patient load can overwhelm the healthcare system, and not many people end up getting the treatment that they need in time.

They may have to wait for a long, long time being on the waitlists. The delay in medical operations can end up worsening their health condition. Robots can help in this regard. They can shorten the surgical time, and that means more people can get treatment in time. The greater precision and good quality offered by robot assistants in procedures add another point in their favour.

Not many people may feel comfortable with the idea of getting their procedures done by robots. No matter how precise their movements are, there may be a fear of system failure. Certainly, the media doesn’t help by presenting half-baked ideas about robots. Robot dentists can do good for us human beings, and that’s not mainly when we need implants. However, that brings us to our next question, will robots take the jobs of dental practitioners?

Will Dentists Ever Be Replaced by Robots?

According to a poll by New Scientist Live, more than half the population in the UK fears artificial intelligence. Pew Research’s data shows that more than 70% of Americans have the same concern. They believe it can increase unemployment as robots will replace them in their jobs.

Even though one of the Three Laws of Robotics prohibits robots from ever bringing any harm to robots, many people have the “Frankenstein Complex”, where people fear that robots will dominate them. Of course, it raises the question in the minds of dental practitioners, will robots dominate them? Will humans not even study dentistry in the future because robots will pretty much handle things on their own?

So far, robot dentists do whatever humans command them to do. They guide them about the steps to perform in operation. So, nothing’s happening without humans completely out of the picture. The digital dentistry space will grow in the coming years, but it will rely on humans to use and guide them.

We will witness an increase in the assistive role of robots in dentistry. However, it seems unlikely that robots will completely ever replace dental practitioners. It’s the knowledge that humans impart to robots that helps them achieve their goals. Without them, they won’t be able to carry out complex tasks on their own.

Robots are not likely to become the Frankenstein (the monster, not the doctor) of the future. They can help improve the overall health of the individuals living in a country, though. It’s unlikely that you’ll have a robot dentist, but you might see more and more of them around assisting your dentist. For now, there’s no reason to worry that they’re going to take over the world.