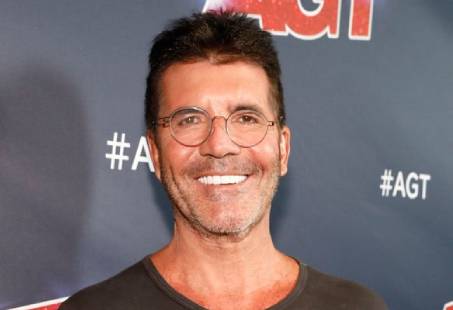 There are two things that Simon Cowell is famously known for: his insults and ultra-white grin (contrary to the bad British teeth myth). Simon Cowell’s teeth have been a subject of much scrutiny and ridicule.

The X-factor supremo is no stranger to the world of smile makeovers, and since he is a man of money, you’d expect him to achieve excellent results. But that was certainly not the case, especially when he got his new teeth 3 years ago. While seemingly, there was nothing wrong with them, netizens and his contemporaries couldn’t help but point out how they were a bit much. So, what was it about them that was so wrong? Let’s find out.

Who Is Simon Cowell?

Simon Phillip Cowell is one controversial figure who has been dominating the music industry for more than a decade now. Creator of The X-Factor and Got Talent franchise, Simon has twice been named “one of the 100 most influential people in the world” by Time magazine. He’s also been involved in signing some of the most successful and famous bands, including One Direction, Fifth Harmony, Little Mix, and Cher Lloyd, among others.

He’s a producer, talent scout, and entrepreneur, most prominently a judge on different reality music TV shows. As a judge, he has always been known for his harsh and unflinching criticism of contestants, who have even been driven to the point of tears.

For this reason, he has quite often been compared with Gordon Ramsay of the culinary world (although Simon’s considered a much calmer version of him). Other than his unconventional TV persona and fashion sense (ain’t nobody forgetting those tight shirts and high-fitted trousers), it’s Simon Cowell’s looks that have garnered much attention. And for a good reason.

What Has Simon Cowell Done To His Teeth?

Throughout his career, Simon has had more than a few dental treatments, which are as follows:

There’s a reason why Simon has that million-volt, a little too bright smile, and that’s a simple teeth whitening. These treatments are no biggie in Hollywood anyway, and Simon has always been very keen on showing his best self on TV. In 2008, Daily Mail reported that the music executive even had a teeth whitening treatment arranged for the 12 finalists of X Factor at a clinic in north London. So, he’s not just enthusiastic about making his own teeth shiny but also that of others around him.

Simon himself might’ve found the need for a teeth whitening treatment because he reportedly smoked about 40 cigarettes a day in his youth (he later vowed to cut down on it). Other than causing a plethora of oral health problems, smoking can also ruin the aesthetics of your smile by making your teeth look yellow.

Nicotine and tar are responsible for the staining of teeth, and after years, your teeth can start to look brown instead of white. And teeth whitening is something that can help with smoke stains. Considering Simon has been spotted smoking even in recent times, it is possible that he gets this treatment routinely.

Now, it’s not exactly clear whether Simon has veneers or crowns. The former is a thin shell that only covers the front surface of the tooth, while the latter is a ‘cap’ that surrounds the entire tooth.

But what we can say for sure is that he has artificial teeth. If you look at the before photos of his teeth, you can clearly see the pink gum tissue between his right central and lateral incisors. There’s clear graduation with his front teeth being bigger than the ones on the sides. And their overall shape and size are also quite different.

Before the 2019 disaster, it is quite likely that he had either veneers or crowns fitted on his teeth. However, cut to 2019, and it’s like a whole new world. His new look is unveiled with the premiere of America Got Talent. Sure the botched Botox and fillers draw attention, along with the fact that he had lost 20lbs, but it was his teeth that took the cake.

Contrasting rather brilliantly with his grey jumper and black trousers, they reminded many people of the episode in Friends in which Ross had his teeth whitened a little too much. They were quite sparkly, but weirdly enough, they all had a similar shape and size, which is not how teeth naturally look like.

The internet must’ve made him realise his mistake because, in 2020, he had his old veneers replaced by new ones. TMZ reports that this time around, Cowell had made it clear that he wanted teeth that were ‘less Simpson-y and more streamlined,’ in other words, more natural (and human).

Two appointments in, and he had 28 new teeth fitted on his upper and lower jaw. And this time, the results were significantly better. A few months back, his teeth fell out while he was eating peanut brittle, so we can assume that another appointment with the dentist was in order.

Why Did Simon Cowell Teeth Look So Fake?

A poll by Express UK showed that almost 74% of people believed that Simon’s teeth were ‘tooth much’ (the 2019 ones). A Guardian opinion piece called Simon’s veneers ‘the wind-up joke shop set one receives in a Christmas stocking.’ That’s because there were more than just a few things wrong with them.

The first problem was with the shade of the crowns/veneers. At the launch of AGT, Cowell was 59 and about to turn 60. Too white teeth simply did not look natural on a man of his age. As we age, the wear and tear of enamel naturally result in the yellowing of the teeth (it can be exacerbated by poor diet and lifestyle). However, Cowell’s teeth had no hint of yellow. Even the white wasn’t ‘toned down’ to his age.

Colour aside, the shape of his teeth was also quite odd. They were all similar-sized squares (unlike his natural teeth), and you couldn’t even see any gum tissue between the teeth (which is something that you naturally have). So, the combination of botched injectables and teeth raised more than a few eyebrows. However, his 2020 teeth looked far more natural because of their shade and size. They looked more like his age, which was 61 at the time.

How Much Did Simon Cowell Teeth Cost?

Simon Cowell teeth certainly did not come cheap. In 2019, it was speculated that he had spent almost £50,000 on his teeth. However, this excludes the 2020 treatment, which is jaw-droppingly more expensive.

However, these prices are more than just exorbitant. You should know that the cost of a crown/veneer can depend on the material from which they’re made. Veneers are usually porcelain and crowns, zirconia. The cost of these teeth can largely depend on the location of the clinic. Since the clinic that Cowell chose was in LA – the home of Hollywood royalty – you can guess why the prices are so high.

Should Simon Cowell Have Had His Teeth Done?

That’s a personal decision to make. All we can say is that it’s not easy being a Hollywood star whose every inch is being constantly scrutinised. The music mogul has made it clear enough that what he looks like matters to him. And he wants to make sure that he doesn’t become tabloid fodder because of his looks.

The thing is, if his smile makeover makes him feel more confident and happy, then it certainly would have been worth it. Given that he has been getting dental treatments for years, he must feel how important it is to have a healthy smile, especially on TV.

Other than having his own teeth done, he even insisted on funding the dental treatment of Louis Walsh, his fellow judge on The X Factor. ‘I’ll start with just one tooth this year. Then we can keep going for the next 20 years,’ said the record producer. Later Walsh did get his teeth whitened and got crowns /veneers (as can be seen from looking at his before photos), although it’s not exactly known if Simon influenced his final decision to do so. What’s clear is that the man clearly values a good set of teeth.

Simon Cowell teeth have always been talked about. It’s the quintessential Hollywood smile. However, it was even a bit too much for Hollywood around 2019. Thankfully, Cowell had his old teeth replaced by new ones in the following year.

Although his teeth look good now, we can certainly say that the cost is not justified. If you’re looking to get your teeth done, make sure to compare the prices of different clinics in different locations and consult different doctors. And then, go with the one that you think will best meet your needs.